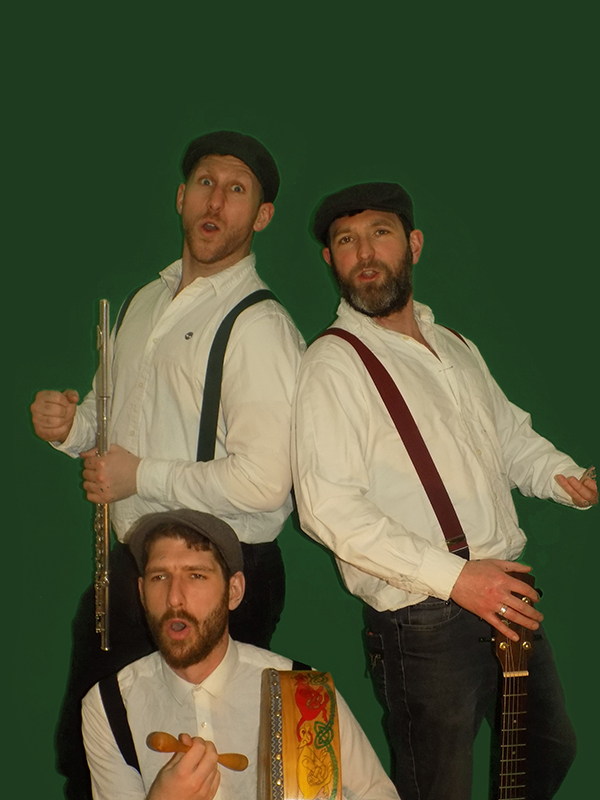 The Belta Reivers are an upbeat Geordie folk trio encompassing the best of their local songs with Irish, Scottish and often world folk music to bring you great sing-a-longs, stomping instrumentals and plenty of fun.

Boasting three part vocal harmonies to their percussive, joyful and often virtuosic songs, the band have a sound much bigger than a trio. A story to tell and a laugh to be had, The Belta Reivers are ones to catch at pub or festival near you soon.

The trio are often able to add Niles Kreiger on the fiddle for certain performances too.